Original Face, a new collection by Jim Peterson, will be officially released by Gunpowder Press on October 1. Order online and get your copy as soon as they’re available.

Fred Chappell calls the book “one of the most original collections I know of.  Not because of poetic turns, striking images, sudden insights and so on (though Lord knows there are plenty of all those), but because Peterson pursues with such persistence the visionary logic—or nonlinear narrative—of each poem.”

William Trowbridge says, “from the paintings in Goya’s The Disparates to the mind of a divorced office worker brooding in his empty home, the poems in Original Face move one from the empirical, explicable world into the mysteries of deep consciousness.”

We love these poems and are honored to publish them. “Because I Could” is the prologue:

She said Van Gogh
and told me to translate
each of those explosive strokes
into a letter or word
and I tried, hammering
the thick museum air
into a sentence
like a rope ladder climbing
into the canopied heart of the artist.

She said Chagall
and told me to break the code
of those curves and undulations
stalling in air like dreams
above a sleeping face,
and I tried, drawing the raw light
into the convoluted path
of a lone, grazing horse
in a rolling field of grass.

We walked outside and she said stars,
so I took a sturdy conjurer’s stance
and called them forth
because on this night I could,
each one of them an immortal wound
bleeding into our small laughter.
The leaves fell from sheer exhaustion—
how long they had labored to remain upright—
What a blaze they made beneath our feet. 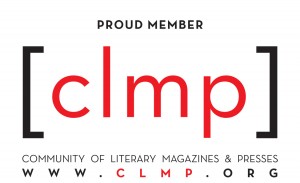